Martin Phillips - born in 1960 - is one of the well-known faces of the BDO. That's not really astonishing as he already played 10 times in the BDO World Championship and often represented his home country Wales as member and Captain of the Welsh nation team. Phillips plays the BDO Circuit since 1988. Despite his successes he stayed for along time unobtrusive before in 2007 his from started to get better and better. So he reached both in 2010 and 2011 the semi-finals of the BDO World Championship.
Due to this the PDC invited him to play the Grand Slam and in 2012 he will take part for the third time. 2011 he got his till now best result as he progressed into the last 16 where he lost to his felloe countryman Mark Webster. 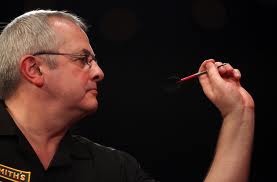 Yes I do. It's some kind of "I show you PDC players how good we are."

Is there for you a difference to the BDO Tournaments?

No, not really. It's always about winning your matches.

I could observe you seat yourself with Barrie Bates and Mark Webster - is there a strong company between the Welsh players?

Oh yes. I know them all, it's always good to meet them again. I know Mark Webster really well.

For how long do you already play darts?

Did you start in BDO youth?

No, I played in a youth club but never BDO youth. 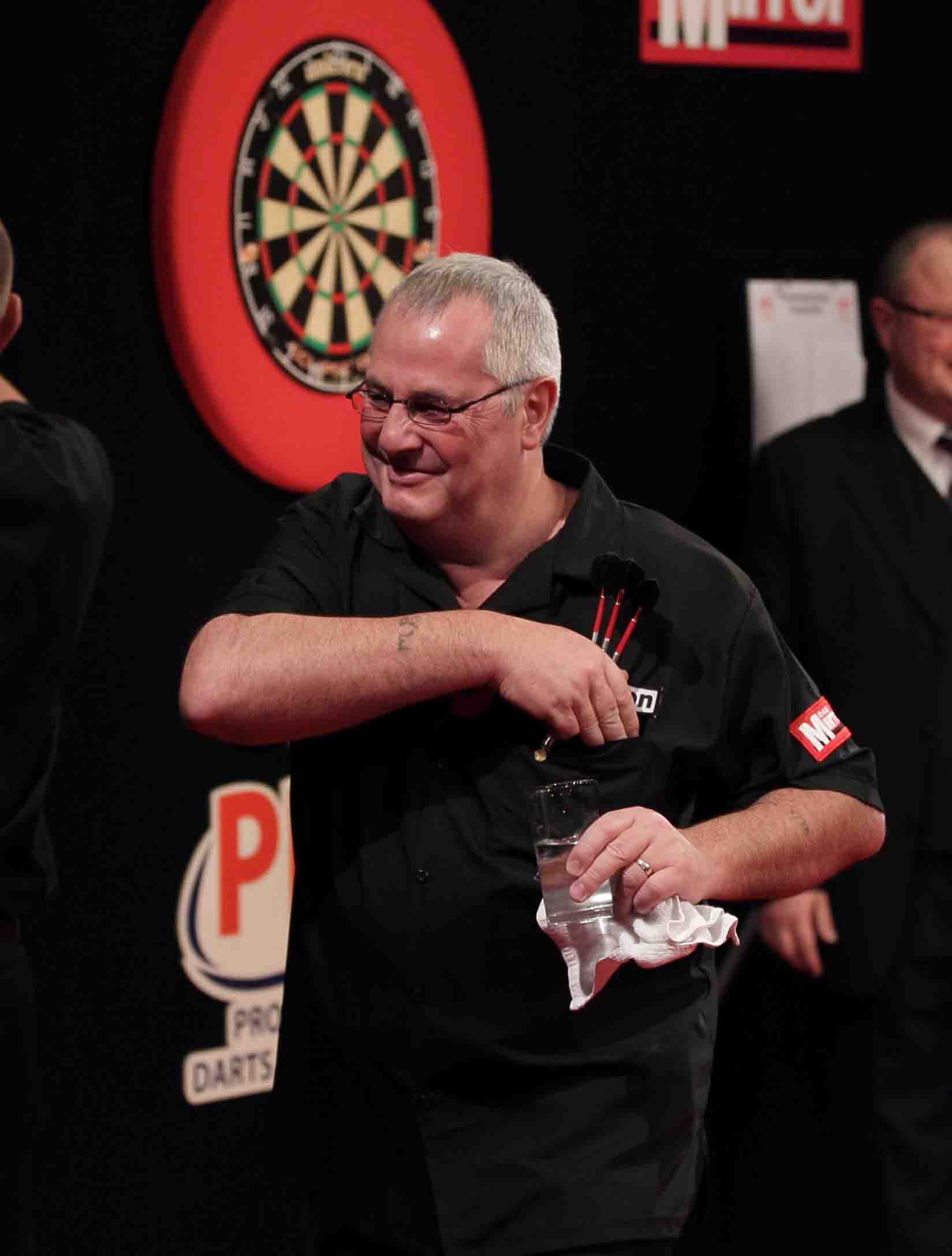 For me it is very important, I am the captain of the Welsh team.

Do you like being part of a team? You won several pairs competitions.

I really like it but I don't feel it's a big difference to playing singles.

For some years you were not really successful on the BDO circuit, from 2007 you started to get better and better. Did something change?

For me all that changed was my attitude. The older I get the more mature and more relaxed I get.

And beside this nothing changed?

I read somewhere you never found it easy to play the BDO circuit because it's so difficult to get to where you live?

That's true - the next airport and rail station are around 1,5 hours from where I live which makes it really difficult.

You still work full time as a bin man and have to get up very early - how difficult is it for you to combine work and playing darts especially the big tournaments?

I work shift so usually we manage it that I am off shift during a tournament and don't have to work. Should we not be able to manage that I have to take time off.

So late hours in darts are not a problem for you? 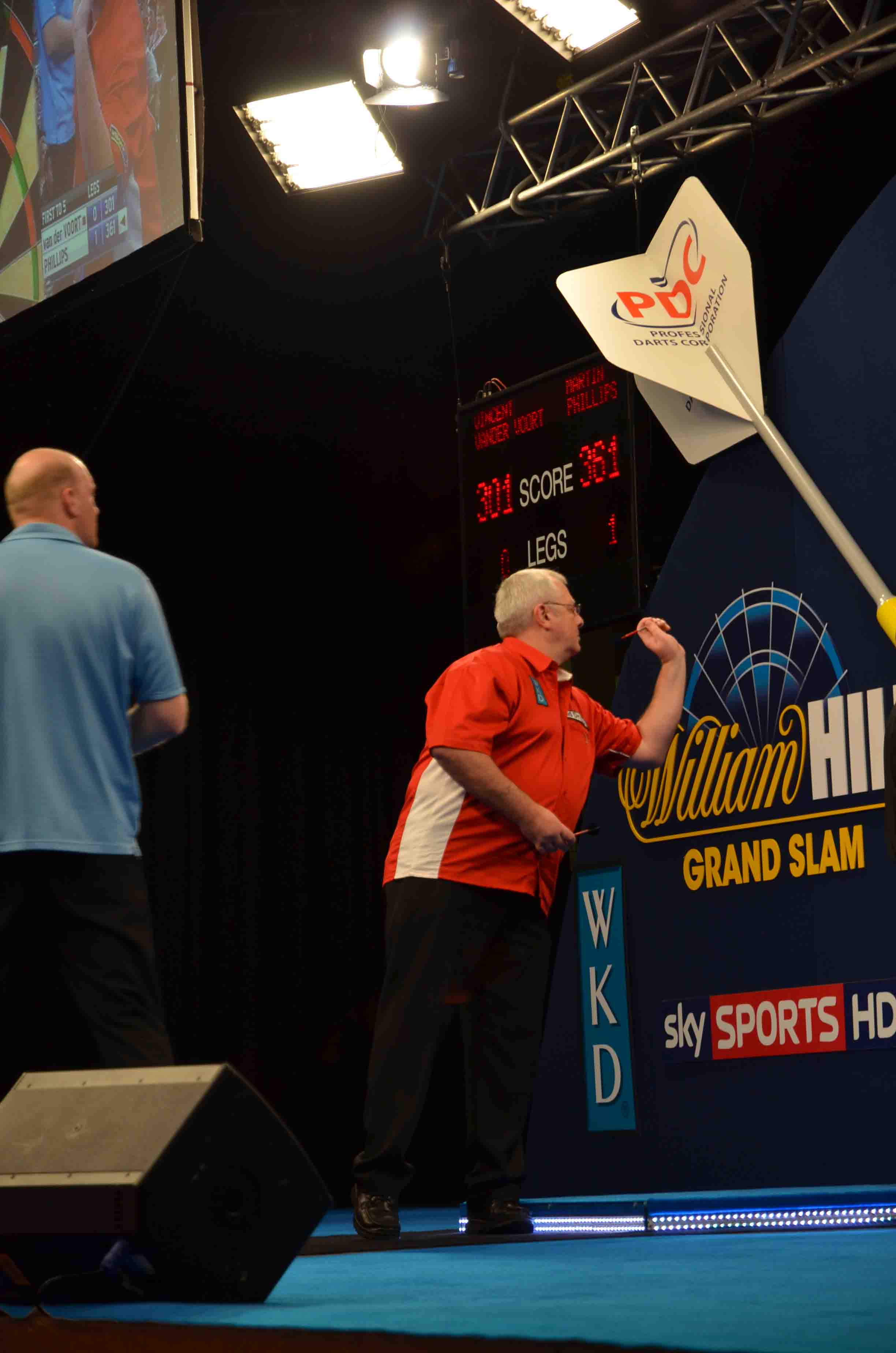 Usually not. And when I play locally I am back home at nine o'clock.

Is it possible for you to find time to practice beside work?

Oh yes, I still practice - most of the time finishes and doubles. I don't have a schedule, I just squeeze it in. It can be just five minutes of ten minutes or half an hour.

I would have been when I was younger but in my age now I am not interested in it any longer.

Do you have a sponsor?

You had twice to play Co Stompe in a decisive match during the Grand Slam. Are such situations for you more positive or negative?

I had no problems at all with such situations - In this case I even took it as a good omen.

That is something that changed too. When I was young I was ambitious and loved to win. Now-a-days what I like best is that we are all friends.

Have you got interests outside of darts and time enough for those?

I am a big rugby and football fan, both I can watch at my home town. As a youth I played rugby, I was an outer wing. 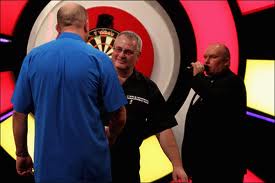