Jyhan Artut - born in 1976 - is at the moment the best German player on the PDC Pro Tour, which he thanks to his sponsors is able to play complete. Though Artut had been a successful youth player and later a successful senior in the national German organization, he established his reputation in the first place with his TV appearances during the PDC World Championships. Above all it is due to his gripping first round match against Gary Anderson during the PDC World Championship 2012 which Artut only lost in a Sudden Death leg. Here in the run-up to the PDC World Cup, in which he takes part from the inaugural tournament as part of the German Team, an interview with Jyhan Artut I conducted with him during the UK Open in Minehead. 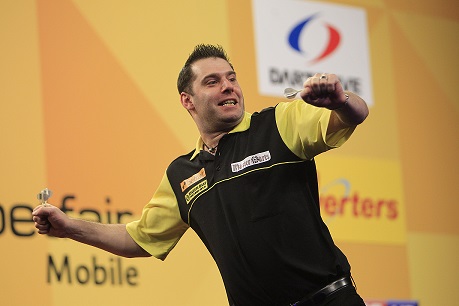 Jyhan - this year you were the only German player who managed to qualify for the UK Open - was it especially hard this year?

Yes, I think it's getting more and more difficult as there are a lot of young players from the Youth Tour who play the qualifiers and more strong Dutch players as well.

How did the players like it that there were only six qualifiers this year?

As I managed to qualify I of course have to say I liked it much better. For me only two weekends mean only two trips to England instead of three or four. That's of course much less exhausting and much cheaper too. But of course those who didn't manage to qualify would have preferred a few more chances. 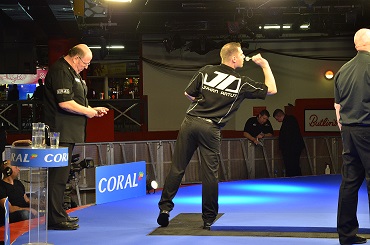 What I liked that I found accommodation quite near the venue. I could retire there in between the matches and rest a little bit. But for me that what made the unique atmosphere of the UK Open was just nonexistent in Minehead with those three venues. And one can't say Minehead is centrally located - it was much more complicated to travel there then it was to travel to Bolton.

Your opponent was not really a well-known player - how good was he???

The problem was not my opponent; the real problem was I myself. My scores were quite good but I couldn't find the doubles. I can't explain it - I was hitting them quite well any time recently.

In German forums a lot is talked about the German players and their nonexistent success on the Pro Tour - how high would you say is the standard of the average British Pro Tour player? Is it just higher than the German standard??? 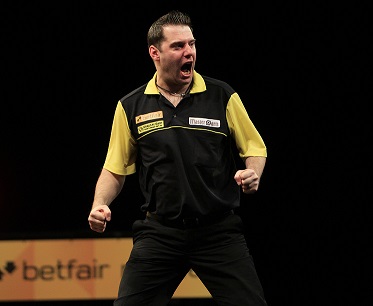 No, I wouldn't say so; we to be sure are as good. But it's much more difficult for us - on one side because of all the travelling and on the other side because we are just not free of obligations. The finances are too unsure and that puts a lot more pressure on us.

Do you think Superleague is helpful - could it push forward the German players?

Well - first of all I have to strike a blow for the PDC Europe - it really helped the sport of darts in Germany as lot!
But we players don't think the Superleague as it is played at the moment is helpful. Due to the format it's far too soon decided who will be in the top eight. Then the players on top of the table have no pressure at all while the bottom halve just runs out of steam as whatever they do they can't change the table any more That was the main reason so many players withdrew last year. But we've discussed it with the responsible persons in the PDC Europe and told them how we think it could be much better and more effective. It was too late to change anything this season. But I believe Superleague 2015 will look much different.

In Super League Germany most of the players taking part are already well-known players - what about the young players?

I would say that's no problem at all. There are a lot of young players around and the interest is huge. The real problem in my eyes is that there is no concept for the promotion of the young. My idea is to introduce something similar to Steve Brown's Darts Academy here in Germany und I would like to take it on in the near future. I have talked about it with Steve and I would have his support. The issue is - as it is often - the funding. Without financial support and sponsors it is not possible to implement it.

How did you get into contact with the sport of darts?

My father had a bar with dartboard and there I started to play.

And how good were you as a youth?

It didn't take long I was winning all the tournaments I took part and soon I was nominated for the national team. I think my first national appearance was the Kings Cup. My first international tournament was the Europe Cup Youth 1990. After playing only eight month I won it and was European Youth Champion. Then I stopped to play for several years. Between 19 and 24 I didn't play darts at all.

Do you still practice today?

Of course, I practice a lot. Without practicing one would have no chance at this level. When I travel to England I often practice with British players before the tournaments. 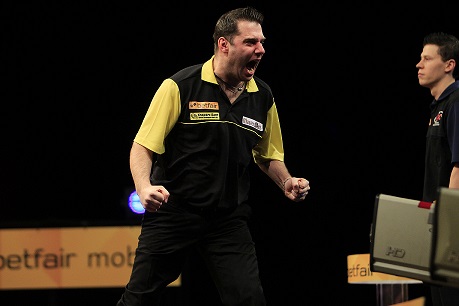 And what do you think of the methods of sports science in darts or mental practice?

Well - I don't really think highly of it - not at my level. I of course know that some players - for example Raymond van Barneveld - use them and are convinced, but I think that would be no help for me.

Did you ever think about moving to England?

There is a whole bundle of reasons I can't imagine it. I think I couldn't live in England. I could imagine staying there for some time at times.

What are those reasons?

One of the reasons is that we've got here in Germany the much better locations. In England there don't exists as many pubs where you can play any longer and when you find one the equipment often is not really good. The equipment of our club houses is much better and the English players often get wide eyed when they see it. Well - and I am not really a fan of English cuisine... 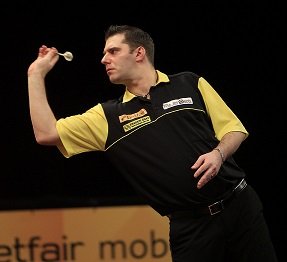 And should you lose your Tour Card end of the year?

To be sure that will not happen - it's not really that hard to stay in the top 64 of the Order of Merit. With the new Order of Merit rules I even have a leg up on those players who only play on the continent and not like me the complete Pro Tour.

What about your sponsors?

Do you soft darts that as well?

Yes - from time to time. And even quite successful. Though the segments are smaller. That always needs adjustment! 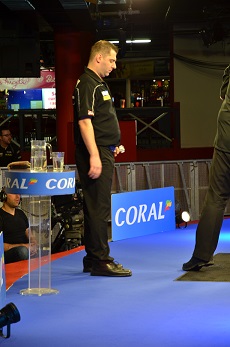 What are your goals in darts?

As I already mentioned I want to be for sure under the top 64 at the end of the year, the top 32 of course would be even better. And I want to play in the European Championship and in the World Championship again.

Do you have any interests outside of darts?

Of course! Football and to play billiard. But I just don't have enough time for that. And perhaps wine and dine and cooking!

And what is it you like best in darts?

One of the things I really like it that it is a sport for everyone. And I have a thing for it as it is a one-to-one sport and I am myself responsible for what happens. I enjoy it that I am able to do what I like, that I get around, that I meet such a lot of people. For me darts is just cool! 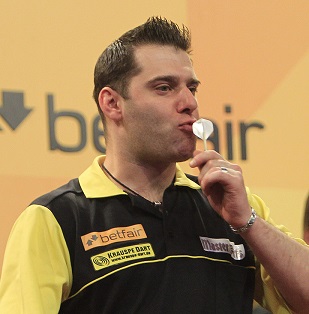