Justin Pipe is one of the "new" players on the PDC Pro Circuit who with some good results this year played himself up the rankings.
He one himself a place in the Grand Slam of Darts over the ITV Wild Card Qualifier and he managed to qualify for the PDC World Championship via the Players Championship Order of Merit.
Justin Pipe is the third player sponsored by the English SOD Forum. 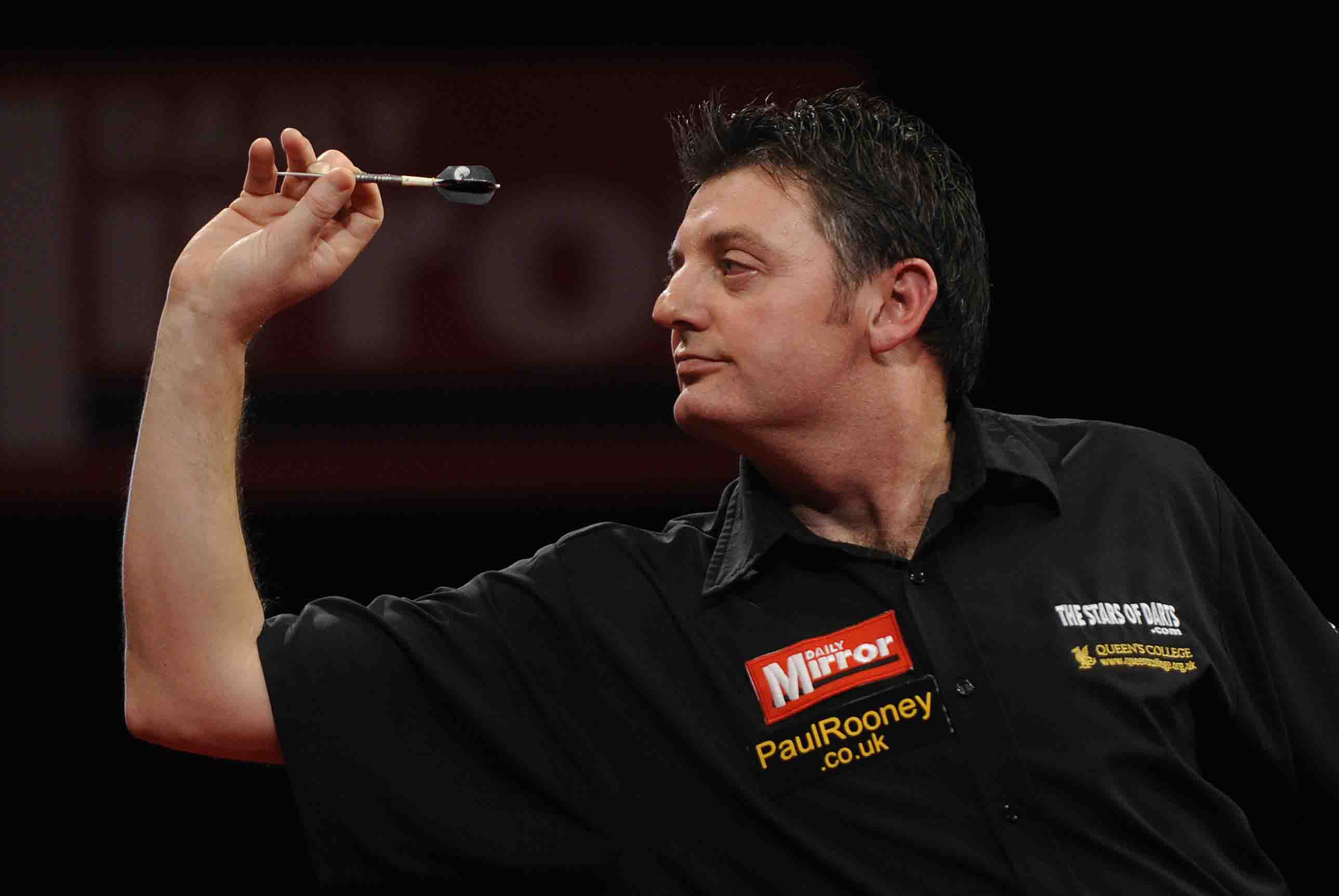 Justin, you appeared seemingly out of the blue in the PDC at the UK Open 2008 - did you before play BDO?

No, never. I played locally and county. But the smoke in the pubs and venues hurt my eyes - they watered all the time. So I stopped playing completely. When smoking was banned from pubs and venues I started playing again and joined the PDC.

When did you start playing darts?

I started playing as a youth

After a comparatively inconspicuous first year you now seem to be unstoppable on your way up the ranking - do you think it needs some time to get used to play the PDC circuit - till you really have settled?

Yes, it certainly took me some time to settle. So the first year was very quiet. It was difficult at first to play beside and against the big names, when on one side Dennis Priestley plays and on the other Raymond van Barneveld. One really has to get used to it!

Till now you didn't play much on the big stage - is it something that makes you unsure or are you looking forward to it?

Before my matches on stage I had that impression that I felt comfortable and I think I really did. But somehow I was not as focused as usually. I don't have a problem to focus in floor tournaments.

Does the crowd affect you?

No, not at all. They were always great with me. I think it was more the caller who interfered with my focus - I am really not used at all to play with a caller ..

As you are comparatively new in the PDC how do you feel playing the big names? Is it a challenge?

I am really used to it now, by now I've played against almost everybody and have won against quite a lot of the big names - so I would say now it's nothing special any longer and no problem.

Have you got some kind of bogey opponent?

You are sponsored by the SOD Forum - did that help you?

Oh - that certainly helps. It's not only the money -it is a great support when such a lot of people trust your skills.

Are you a full time professional by now?

More or less though I still own my business - I am a tree surgeon by profession.

Is it possible to be a full-time professional without a sponsor?

I would say it is not possible at all. 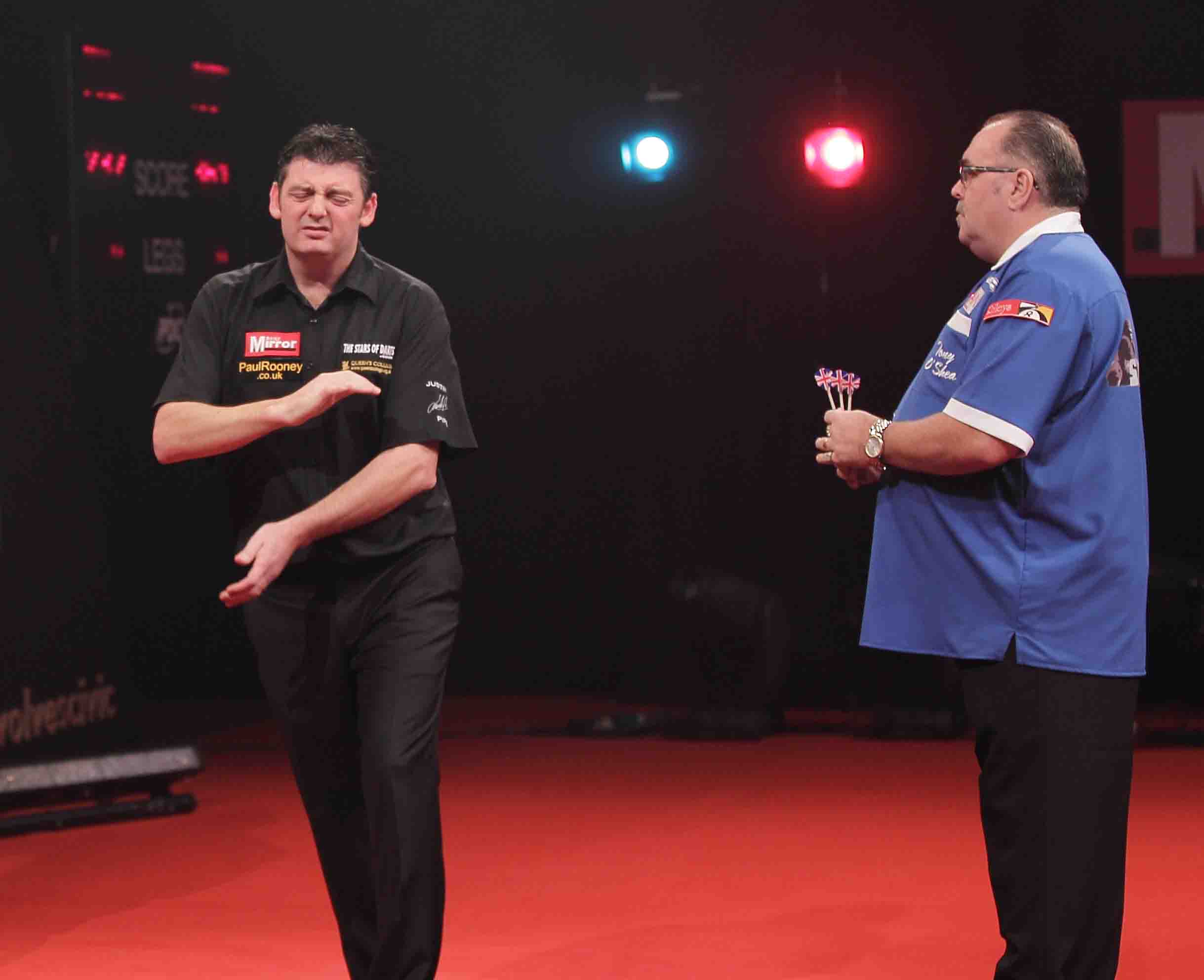 Is there a sponsor in sight when the SOD sponsorship comes to an end?

No, unfortunately not till now. I still hope one will turn up.

The Grand Slam was the first PDC Major you play in - did you prepare specially for it?

The problem was I had no time at all to really prepare. I did my best but there was only one week between qualifying and playing the tournament.

How much do you practice normally?

I usually practice around three to four hours a day

Have you got a practice partner or do you prefer to practice alone?

I always practice with Gary Anderson.

Is fitness important for you and do you do something to stay fit?

I once was very fit - till that car accident. I even was a good amateur boxer. I can't do such things any longer but I think fitness really is import. I go jogging now.

How much camaraderie is between the players on the circuit? From the outside it looks there are some closer groups, some players like Phil Taylor tend to stand alone and don't mix with the others at all.

I think there is not one under the players you can't join with or sit down with in a bar or to have a meal with.

Is there some kind of hierarchy?

I wouldn't think so. Everybody is approachable but of course there are some who don't mix as much - as Phil Taylor or Raymond van Barneveld.

And have you got some kind of best mates as well?

That is of course Gary Anderson. We practice together, we travel together and we room together.

So he is not only a "Pro Tour friend"?

Oh no, he is a real friend.

I heard you don't drink alcohol at all while playing - is that true?

Yes, that is true. I never drink alcohol while playing. There is a lot of unhealthy stuff in it!!!

But you are not a teetotaller?

Not really. I sometimes have a drink with a meal when I go out with my wife or friends. But not very often.

What then do you do to settle your nerves? 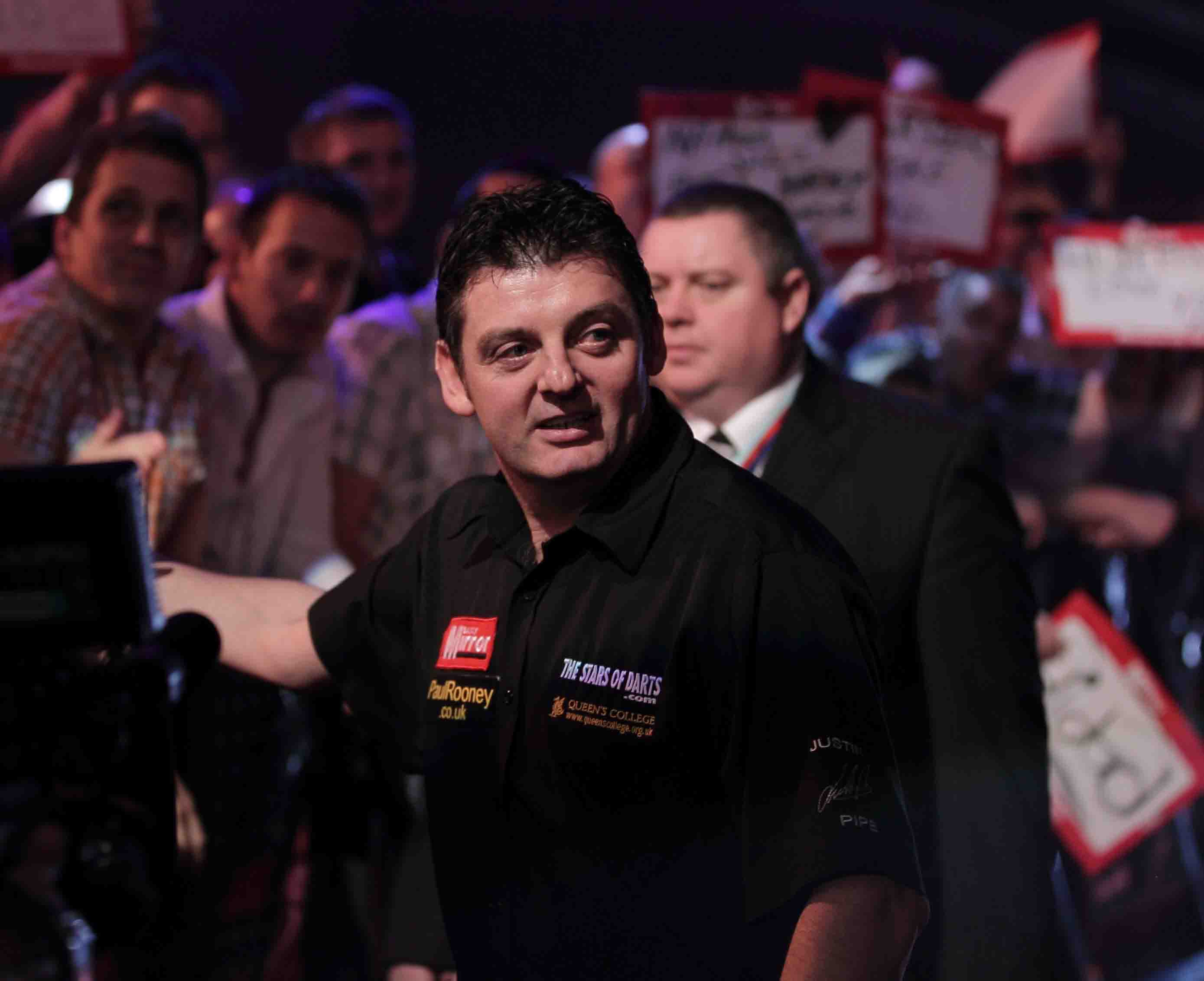 I think I can focus really well. I can blend out everything. I only see the board and really have no idea what my opponent is doing. That really works very well in floor tournaments - I've to do nothing else to settle my nerves.

Your throw is comparatively slow - did you always throw like this?

Yes, I always threw that slow though I had times when I threw a little bit faster. I've to throw slow to be really able to focus - I've to focus on every single dart.

Did you set you a target, a goal - or perhaps short time and long time goals?

Oh yes, when I joined the PDC my goal was to get under the top 50 - I've reached that more or less now.

How far do you think you can advance in the rankings?

I think I could get under the top 16.

How would you describe yourself - what is your strength and what your weakness?

My strength I would say definitely is that I am able to focus like that. And weakness - I wouldn't say I've a weakness. I think a lot about what I do and try to find them and eliminate them all. I really can't allow any weakness.

Do you then use any sports psychology techniques?

At least I try to find out what helps me best - like using music when warming up, things like that.

Winning! And the camaraderie!

Do you have time at all for hobbies or other interests?

At the moment I have no time at all. Everything I do has to do with darts - even my twelve year old son plays darts.